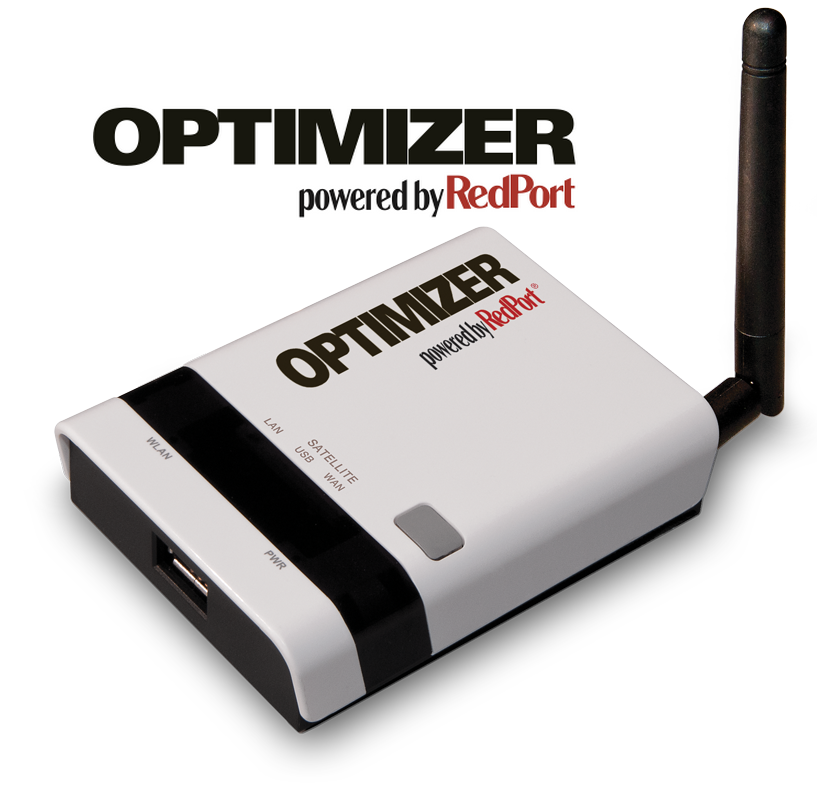 MARYVILLE, TN November 21, 2013 – RedPort Global, the leader in advancing satellite data speeds and services, today announced the launch of the Optimizer wXa-112 Satellite Wi-Fi Hotspot. RedPort changed the way people use satellite phones with the introduction of the original Optimizer (wXa-102); for the first time, users could use the Wi-Fi enabled smartphones, tablets and computers they already owned to easily access accelerated email, the web, weather data and social media with their existing satellite phones. The updated hotspot brings a faster processor, support for GSM USB mobile service, and USB 2.0 functionality, while retaining all of the original hotspot’s features.

“We ignited the current satellite Wi-Fi revolution with the introduction of the original Optimizer in 2011.”  said Dr. Luis Soltero, CTO of RedPort Global. “This update keeps Optimizer hardware cutting edge for the hundreds of thousands of mobile satellite phones that can instantly provide Wi-Fi connectivity with this. A faster processor increases speed and convenience, and USB 2.0 cables give more installation options. We’ve also added GSM support for the many mariners who have asked us to use Optimizer with GSM – for example when they are docked at a marina, or back at a lodge.”

Turns any IP-based satellite data signal into a Wi-Fi Hotspot or local Ethernet network, letting customer use their existing smartphones, tablets and computers

Customers control GSM by selecting the country and provider for their SIM, allowing access to GSM as needed, while avoiding GSM when roaming in areas where it is more expensive than satellite.

A powerful firewall accommodates virtually any common installation scenario, with features including block or allow any range of port, IP addresses and protocols.

Hotspot makes setup and use with compatible computers and tablets easy

Works with all standard satellite equipment including:

For more information on how RedPort Global is Making Airtime Count™ – whether ship to shore, or in remote or emergency communications environments visit https://www.redportglobal.com